Sometimes I wonder about these things, and Apple has confused me with their naming scheme recently. Now I’m a pretty simple guy and I feel like I probably represent the “common thinker” but I do work with this stuff every day and this issue has me thinking. 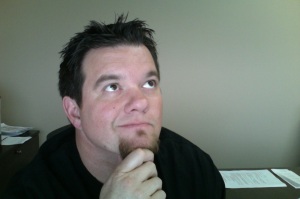 Hmm, the newer new iPad sounds like what I want.

So let’s talk about the iPad. First, we got the iPad, also known now as the “Original iPad”. I use one of these at home and I love it – I use it every day! Calling it the “iPad” is perfect!

Then Apple announced the “iPad 2“. Yes! The next in line of iPads, the iPad 2 implies something new, a better revision and more features.

Well now I believe we have an issue on our hands with the latest release of “the new iPad“. Or is it just “iPad” again? It’s certainly not “iPad 3”. For now, calling it “the new iPad” works perfectly, but it might not for long! Let’s discuss – stick with me here.

If it’s “the new iPad” then what is the next revision of the iPad going to be called? “The Newer iPad?” – “iPad 4?” – “Newer than the last iPad?” – “iPad Classic?” I am curious to see how this pans out. While I’m sure Apple already has it worked out (maybe the new iPad will be the LAST iPad ever made?) or possibly the name of the iPad will go away altogether to something else?

At this point I think it’s all speculation and maybe a topic that’s not even worth talking about, but I was thinking about it. And now you are too 😉 Sorry.