Hello friends, I’m back to get a few blogs done. I’ve been fairly quiet the last 5 days due to some personal issues, but rest assured I’ve been right here with you in spirit.

This will be news for some of you but not others…in case you didn’t know, we service every address in the USA. That’s right, just because you’re in Portland, Oregon or Miami, Florida; it doesn’t mean that you shouldn’t be able to receive the Awarded Services of Mission Repair. We take mail-ins from every state, every day! 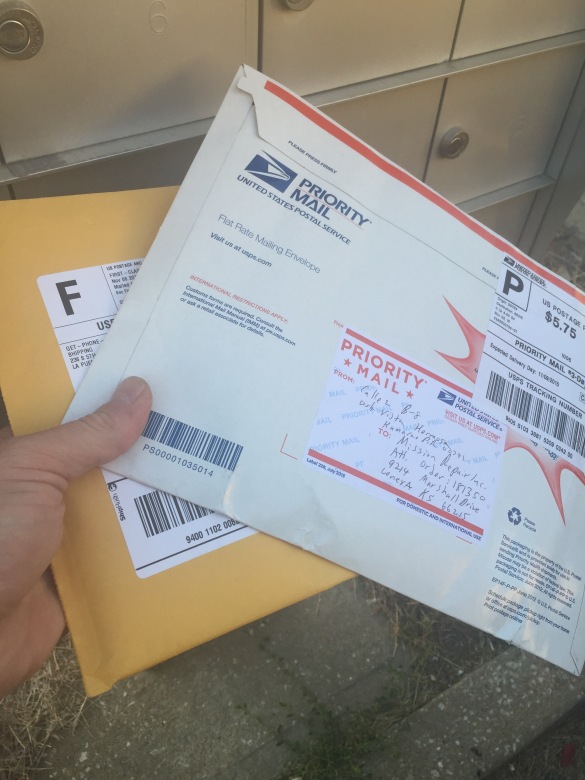 Don’t send your iPhone to us in an envelope like this! You’re just looking for trouble here and we won’t be able to help.

I want to reiterate some pertinent information that might help you when you send your device in to us; You’ll receive these instructions when you check out with us in an email, but let’s discuss a few items that causes us problems from time to time.

Please DO NOT include accessories such as A/C adapters, cases or earphones (unless you’d like us to test these items for you).

Take your time when packing up your device! The last thing that you’ll want to do is incur additional damage on the way to our Mission Repair facility. Here are a few helpful tips that will make your shipment go smoothly and hassle free. 1. Use a big enough box. We recommend that you have at least 2 inches of padding space around the entire device. If the box is the same size as your item, it will likely incur damage in transit!

2. DO NOT SEND your item in an envelope as there is not enough protection for the unit! Use appropriate padding! Bubble wrap, foam, or even crumpled newspaper will suffice. Wrap the device neatly and securely.

3. Insure your package for the incoming shipment. If you used our email label service please note that there is a maximum of $100 of insurance to cover this shipment. You may choose to send your device in on your own in the event you want more insurance for your device.

4. Seal the package! Don’t forget to tape the box closed.

5. Address the box – We have a designated repair department location for you.

Address your package to:

6. Finally, ship your item to us using a reliable carrier (i.e. FedEx, UPS or USPS) You should also insure your package for it’s replacement value, and use a service that you can track so you can view it’s progress into our facility. Mission Repair takes NO responsibility for the arrival of your unit under these conditions. If there is a service failure of any type on it’s way to us, you will need to contact the carrier and file the appropriate claims and/or grievances however we will help out in any way we can. We can help if you use our email label service, but remember that there is only a maximum of $100 insurance even if the device is lost in transit!

Interested in changing your shipping options after you placed your order? Give us a call and we will certainly help you out!

Thanks for your readership. I have a lot more coming!

We’ve been in the news lately and even on NBC new last week. If you haven’t heard, Mission Repair (and businesses like Mission Repair) are offering safe and convenient repairs for your trusty hand held electronics (like iPads and tablets) and have been doing so for many years. 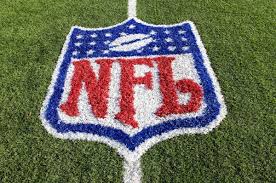 Did you stock up on Velveeta for this weekend?

In fact, 2014 will start our 7th year in business…and the 2014 Superbowl is just right around the corner!

This weekend represents a couple of amazing football games. First, we’ve got the New England Patriots playing against the Denver Broncos at 3:00pm est. Brady vs. Manning; this ought to be a great game. Then immediately thereafter, we’ve got the San Francisco 49ers playing against the Seattle Seahawks at 6:30 est. Kaepernick vs. Wilson. Not to be outdone by the earlier game, this matchup promises to be equally as exciting!

If you watch football at all, you’re likely finding yourself already making predictions and leaning toward who you think will be in the Superbowl in February, even if your team has already been eliminated from the playoffs.

If you don’t watch football at all- that’s ok. Just take a glimpse of a game and pick the team that has your favorite colors – because that probably has more bearing on the outcome of these games that anything else. You get what I’m saying? It’s all up in the air and anything can happen!

Here’s what I’m going to do. Do yourself a favor and watch these games. It’s only two – or at least watch the highlights of the games. Whichever of these teams scores the most touchdowns…I’ll give 5% off of your new repair order for each touchdown.

So, let’s make this clear: I don’t care who wins or when. But out of these 4 teams, whichever team scores the most touchdowns (extra points, field goals, safety’s are not included) I’m talking the team with the most 6 POINT TOUCHDOWNS we will extend 5% off for each. For example, if the Denver Broncos score 7 touchdowns this weekend, we will offer 35% off of any repair on Monday.

So here’s the catch: watch the games and find out which team scored the most touchdowns this weekend. Then call us between 8am and 6pm central standard time on Monday January 20th, 2014 and ask for the FOOTBALL SPECIAL. This offer is valid ONLY ON NEW PHONE ORDERS MONDAY JANUARY 20TH, 2014. If you call before or after our operating hours on Monday, the special will be over! Additionally, you won’t be able to combine this special with any other offer. I mean, I’m really putting myself out on a limb here. 7 touchdowns is NOT out of the realm of any of these teams!! Denver has already done that in the regular season…so it’s completely possible.

What happens if there’s a tie between two teams? Will you be able to double your savings? No, but that would be interesting 😉

This is a potential boatload of money savings for you, and a great time to get that iPhone or iPod repaired. Hut, hut, hike!

Have a great weekend, we’ll be talking on Monday for sure.

Well, there are a lot of choices when searching online for iPhone repair. It’s true.

Mission repair has been named the #1 iPhone Repair site by Top Ten Reviews for 6 years in a row. This is an independent review site that keeps track of the important things about businesses. Like customer service, security and website features.

Anyone can slap up a website…but do they all compare? No. Check out our Award-Winning iPhone Repair Services at Mission Repair and let us know if you have any questions! 866-638-8402, 7 days a week.

We have hit a momentous number at Mission Repair and that number is 5,000. We have been able to save over 5,000 people some hard earned cash with our Got Repair program in a little over 1.5 years!  What is our “Got Repair program”? Its as simple as this: If you have your broken device repaired with Mission Repair, you will never pay full price for the same repair on the same device again!

You already know your iPhone or iPad is not all that durable.  You just saw it crack before your very eyes. So if you have it repaired, you know full and well that you have a chance of damaging it again.

Imagine walking into a repair center, having your iPod Touch screen repaired, dropping it on the way out and re-cracking the screen. This has actually happened and this is where the Got Repair program comes into play. That customer had to pay just a fraction of what they just paid to have it re-repaired. Of course we offered if up for free in this instance (we felt bad) but the customer declined and paid the Got Repair price.

With that explanation of the Got Repair program, look at this number one more time…5,000! There have been over 5,000 people that know, not only can you drop and crack your device once, but twice, if not three times! So why not cover yourself here? We are not talking insurance, we are talking a massive discount, just for being our customer. There is no deductible, no paper work and no extra charge. It comes automatically with your Mission Repair service!

Keep in mind, we are talking about physical damage here. You already have awesome warranty coverage with Mission Repair, but add on to that accidental damage. Its the very reason we are called the intelligent choice by many people. It just makes sense choosing Mission Repair for your repair needs. Got Repair is attached to each one of our services, so you can bet we have you covered on whatever you need repaired!

So, here’s to another 5,000 customers that we can help save time, money and sanity with!

Now I know this has nothing to do with iPod or iPhone repair, but hey, its what gets me to the office SAFELY and quickly on days like we had yesterday to conduct business involving iPod and iPhone repair. So in my mind, I can write all day long about this 🙂

Above is a pretty cool picture that I shot with my iPhone 5. Not to get too far off track, but did I ever mention how impressed I am with the iPhone 5 camera? If not, just know that I am. In the coming years, I might not need to take a DSLR to a wedding. I’ll just pull out the trusty iPhone 8 and snap away!

Anyway, I see a big, white and empty parking lot with my name on it… or should I say “room to write my name on it”, so I won’t keep you any longer. Have a great New Years Day!