Over the weekend, we had 41 action news of Kansas City come by and interview Ryan about the newly instated Digital Millennium Copyright Act. This act makes it illegal to unlock your phone on your own behalf. You now must contact  your carrier to unlock your device for use on another carriers network.

Ready For My Close Up!

This law is set for phones that are sold from January 26th 2013 and on. So if you have a smartphone purchased before this date, unlock away! How will they monitor this? We have no clue. What will the penalty be? We have no clue. But to stay on the safe side, I would recommend going directly to your carrier for this service for the time being.

There will be many business and services effected by the Digital Millennium Copyright Act and we certainly feel for them. Will this Act last for a long period of time? Only time will tell, but until then, stay safe and know what the laws are when dealing with iPhone, Samsung Galaxy S III, HTC EVO or any other Smartphone software!

If you come here often, you know that I like to occasionally showcase all of the new services that we offer. I would like to do that again for you right here and now. So please, kick up your feet and check out all the new and reintroduced services shown on the Mission:Repair Blog over the last few weeks!

Please, go out into the world and share this blog post with your friends and family! This kind of news and these kinds of services don’t deserve to be cooped up on this page 🙂

I was walking by my technician supervisors desk this morning and I noticed him working this beauty. Its the HTC EVO 4G LTE and boy do I love this phone! It is super sleek and a great evolution of its past self. As I sat there and watched him repair this, I noticed something… This is not an easy repair! Jake being the professional he is, made it look easy. However, I do not wish this repair upon anyone that hasn’t done it before. Let me give you fair warning now. Do not try this repair at home and LET US REPAIR IT FOR YOU! 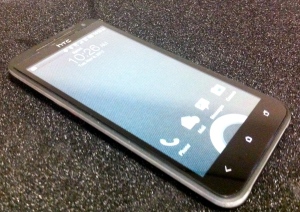 The HTC EVO LTE is just one phone in a new string of HTC smartphones that they are pumping out to keep up with the likes of Apple and Samsung. I have my technicians and sales staff at the ready if you want to walk-in or ship your HTC EVO 4G LTE out to us, we have your 6 and we will get it repaired and back in your hands in no time.

As I said in my last post, we have the LCD service for the HTC Evo 4G LTE  in the works and I want to make the official announcement here today! Each smartphone is damaged in its own unique way. Some are dropped, some are crushed, some are sat on, some are kicked, some slammed in a car door and I think we have seen a few phones that have had all of this happen to it at once.

My point is this – different trauma causes different issues on smartphones and the HTC Evo 4G LTE is no different. It could have only a cracked touch screen or the LCD could of been jolted and cracked on its own, leaving the touch screen unharmed. Worst yet, both the LCD and touch screen could be broken, but I wont jinx you!

So please, all of you EVO 4G LTE owners out there, sleep well knowing that you can have your phone repaired and you DON’T have to buy a new one. The last time I checked, the EVO 4G LTE is about $799 to replace outside of contract and if you ask me, I’d much rather spend $129 to repair instead $799 to replace!

If you by chance find yourself needing both at the same time, here is a package deal for you HTC EVO 4G LTE Front Glass & LCD Screen Repair!

I don’t think that^ works, I’ll keep working on it . Anyway, I have an awesome service to talk about today that I have been working on for a couple of months and we can finally announce it! We have been servicing HTC smartphones for a couple years now and the HTC EVO is a staple of the HTC line. We have shared many good and bad times together and we are still receiving these phones on a daily basis for repair.

Well, here is the EVO 4G’s faster and better looking brother, The EVO 4G LTE! This phone is smokin with a Dual-core 1.5 GHz Krait processor, Wi-Fi 802.11 a/b/g/n and of course the LTE capability. This phone also has the famed Corning Gorilla Glass that is very tough and scratch resistant.

Like I have mentioned in the past, this Gorilla Glass technology is not crack proof. So this is where Mission Repair comes in! Starting right this very picosecond, you can now order the HTC Evo 4G LTE Glass Touch Screen Repair! This is going to be a great service for years to come, just like the first EVO 4G!

We are also offering the LCD service very soon, so look out for that announcement coming shortly!