The iPhone 6/6 Plus and 6S/6S Plus can’t get past the structural problem of Bendgate. Going way back to the release almost two years ago, Bendgate was a problem that plagued the 6 series. The structural problem allowed the phones to bend, usually right around the volume down button. Some cases were extreme, but usually the bend was minor. It was possible in some cases to bend the phone back to straight, but the problem was in the housing. And now, the problem has grown. 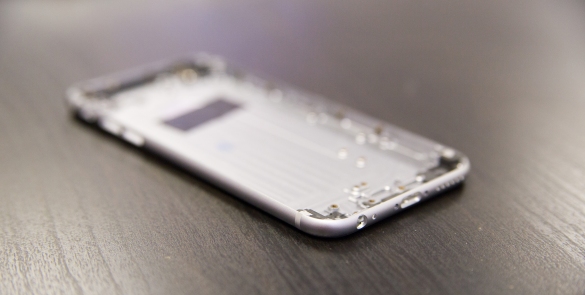 The same source of Bendgate, a structural problem in manufacturing, is pointing to a new plague on the iPhone 6 series. We will call it the Gray Bar of Death. The problem seems to occur when the Touch IC Chip becomes damaged. Sometimes from separating from the board, sometimes by cracking. The repair is simple enough, replace the chip. However, this is a BGA