“For all the controversy and hand-wringing about the Kansas City Royals dominating the All-Star vote, there was no Royal letdown. The AL team won, so delete those tweets about how Royals fans were just handing the NL home-field advantage in the World Series. Royals players had three of AL’s seven hits, including Lorenzo Cain, who had two hits and an RBI.” 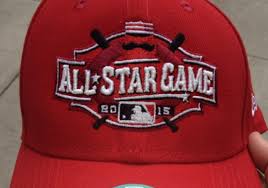 It’s a fun time to be living in the Kansas City area if you’re a baseball fan, and in the 14 years that I’ve lived here I’ve never seen so many blue-shirted-fans around the city.

Now if this city could just get the Kansas City Chiefs going in the fall…well you can’t have it all, can you? Congrats Royals fans, keep the momentum going.