“Thank you, thank you, THANK YOU!!! I received my phone back, and was THRILLED to find your company repaired my phone and I was able to access EVERYTHING, and get my THOUSANDS of pictures back that I thought would be gone forever.

A million times, thank you so much. I will recommend your company to anyone and everyone!! 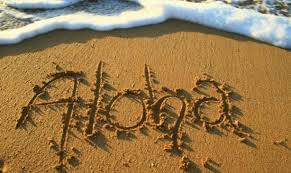 This brings up a great point that I don’t talk about too much…but when we work on a customer’s device, we DON’T erase the data (unless it’s absolutely necessary and the customers approves this) because we KNOW how important it can be. In fact, every time I simply move from one iPhone to another, and even with my data backup up on iCloud, it’s a hassle to move data. So for those customers that don’t have a backup, I can truly appreciate the issue of data preservation.

You’re welcome Monica, “Aloha” to you too, and thanks so much for the email this morning. It was a great start to my day! I’m heading to the beach 😉

It’s that time of year again when business starts to spin up after the holidays and we are in hiring mode here at Mission Repair.

We have several positions open:

We are now setting up interviews and will be making decisions on several employees very soon. These positions fill fast, so if you’re interested in a fast paced career with growth potential (we promote from within…just ask our two General Managers at our newest retail locations) we’d love to hear from you.

In fact, I’m heading to Colorado next week to catch up with my crew there, and I have another group heading to Indianapolis tomorrow to secure our next location. Indiana, here we come!

Have you read the latest news that’s circulating on the internet about the iPhone? I saw this on CNN this morning, and thought it was worth the blog.

A nasty computer bug in Apple’s iOS allows anyone who sends an iPhone a certain text message to shut it down. Apparently CNNMoney independently tested the message and can verify it works. You send the special text message — and the receiving iPhone immediately crashes. It comes back on by itself after 15 seconds.

This isn’t devastating, but it is annoying and Apple will make a fix available. But some users have already started complaining that an alternative version of the code permanently disables iMessage — until you delete the conversation.

It’s difficult to know what’s wrong at this point, and Apple has not yet explained what’s happening but said in a statement: “We are aware of an iMessage issue caused by a specific series of unicode characters, and we will make a fix available in a software update.”

It’s unclear if someone stumbled on this code by accident — or was specifically looking for ways to wreak havoc.

My guess is that it was intentional. Mac computer users have been sheltered from the virus/malware/bloatware attacks that can plague Microsoft and Android systems…maybe it’s just time for the hackers to get their hands in the fruit bowl.

Our iPhone 6 repair lineup is beginning to overtake the iPhone 5 repair lineup here at Mission Repair. In fact my feeling is that in the month of June this year, we will see a shift from the 5S to the 6 as a more popular repair. Call it a hunch.

This is helping us here at Mission Repair drive down the costs and bring down our pricing. I know that there are a lot of our competitors that just hate it when we lower our prices – I know this because they email me directly at times – but this is a competitive business and when it’s time to move, it’s time to move. Half of me wants to apologize, but the other half says “good luck and try to keep up”.

Our “GOT REPAIR” price has come was down as well…if you didn’t know, we are the ONLY REPAIR COMPANY IN THE INDUSTRY with the exclusive “GOT REPAIR” program. This means that if you have your iPhone 6 screen repaired with us and if you ever break or crack it again…you never pay full price again. It’s a thank you and a testament to our loyalty to our customers all over the country. Try going to that mall kiosk and ask them how much will it be if you break your screen again after you have it repaired – in fact, you need to question whether they will even be there the next time you visit. We put it in writing, honor any repeat business, and thank you for coming to see us again. And yes, we will be around in a year. It’s been 8 years already and going strong, with more locations opening soon!

It’s one of the reasons that some many schools use our services; they repeatedly break devices like iPads, and sometimes we will see the same device in several times.

Thanks again for reading, I’ll talk to you again soon. Ryan

I was reading through my typical industry news this morning and read that Apple has regained the top spot as “Most Valuable Brand” overtaking Google again.

The top ten include Apple, Google, VISA, Coca-Cola and a surprise to me at the number ten spot: Marlboro…cigarettes! I don’t know why this surprises me so much, but it did. I know that tobacco companies have a huge marketing budgets, but I personally use every brand on the list except for the cigarettes. No wonder there are some kids using tobacco so early, it’s tough not being exposed to branding every where you turn.

Well, congratulations Apple. I’ve been right there with you to the climb to the top. I personally started repairing Apple devices back in 1994 – and if you can believe it, we were actually repairing Apple Floppy Disk Drives by the thousand. You know that you’re a “vintage” guy when you know the difference between an “Auto-Inject” and “Manual-Inject” floppy drive. Oh how times have changed.

Have a great morning, I’ve got a lot of blogging to catch up on, I’ll be back soon!